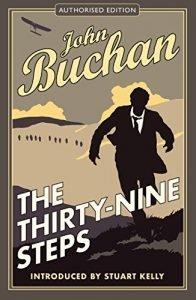 The Thirty-Nine Steps: “I returned from the City about three o’clock on that May afternoon, pretty well disgusted with life.”

Richard Hannay is bored.  Dead bored.  Returning from mining exploits in South Africa to idyllic England, he expected to be charmed by life in the busy and dynamic city of London.  Perplexed at how to inject a dose of adventure back into his life, one evening he discovers a man on his doorstep in Portland Place, a man who relates a fantastic tale of espionage, murder and the possible political destabilization of not only England, but Europe as well.

Hannay initially gives the stranger refuge, half convinced, yet half amused at his entertaining story.  That is until he returns home one evening to find his guest savagely skewered to the floor with the long blade of a knife, and Hannay realizes how serious is the deadly game into which he has inadvertently become a player.  And thus, he flees.

Chased by the English authorities for the Portland Place murder, and hunted by the Anarchists for secret information he might know, Hannay’s chances of survival look bleak.  Barely escaping to his native Scotland by train, he employs every resource in his power and his creative intelligence to stay alive and hopefully rescue an ignorant England from an horrific fate that would bring her to her knees. 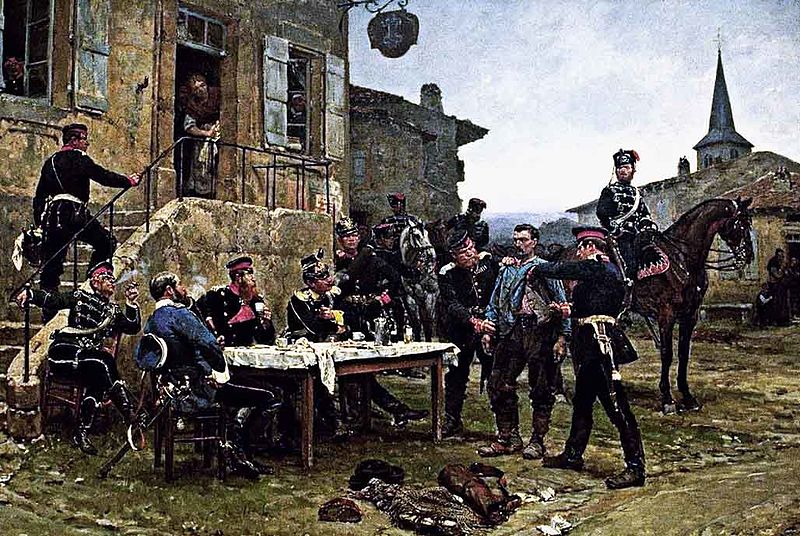 The Thirty-Nine Steps was published in 1915 in serial form from August to September, before being released in book form in October of the same year.  Buchan wrote the novel while he was convalescing in bed, recovering from an ulcer.  His daughter, six at the time, was learning to count and counted 39 steps on a wooden staircase leading down to the beach at the private nursing home where he was residing. Thus, the title, The Thirty-Nine Steps, was born.

I quite enjoyed this thriller, being put in the mood for it from reading Agatha Christie’s The Secret Adversary, The Man in the Brown Suit and The Secret of Chimneys.  Buchan’s novel has certain sensationalized aspects to it but it was just right for a thriller.  Buchan himself called the novel a “shocker” which indicates he was clearly aware of the tone of it and his intent.  The next Richard Hannay novel is “Greenmantle” which I’m looking forward to reading before too long.  If anyone has any other exciting thrillers to recommend, please let me know in the comments!

16 thoughts on “The Thirty-Nine Steps by John Buchan”