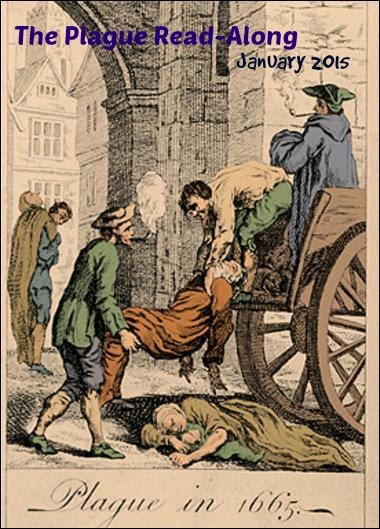 Camus examines the experiences of different people when faced with disease and death.  Some ignore the obvious, some, who are in the throes of love affairs are nearly oblivious to the plague’s effects, some seek pleasures without limits, some profit from the disaster, and some attempt to escape the quarantine.

The plague becomes pneumonic and can now be transmitted by air.  Not good.  A sermon is given by Father Paneloux stating that the plague has been sent from God to punish the citizens for their sins and, oddly, Grand is writing a book and agonizing over the perfection of the first sentence.  Rambert, the journalist, is desperate to escape and enlists Cottard for help, as Cottard is now benefiting from the plague through smuggling.  We find that Cottard had committed a crime earlier in life and that is what lead to his suicide attempt. With his escape delayed, Rambert finally agrees to join the sanitation committee who keep the town clean, in perhaps a futile effort to stay the pestilence.

Thoughts:  I can see how Camus lets us examine the effects of the plague through an examination of certain characters of the town and their reactions to it.  Rieux is the calm in the storm of the disaster and is a sort of anchor for the story.  Cottard is rather fascinating.  He has at some past time committed a crime for which he, early in the novel, attempts to escape the ramifications of it through suicide.  He is on the outside of the community with this secret and his internal conflict pushes him to an extreme action.  Yet with the advent of the plague, it is as if the community has been brought to his level with their suffering and Cottard, I’m afraid to say, appears to almost feed off this suffering and carves a rather satisfying life for himself within the hurricane of despair around him.  And what’s with Grand and his story?  His battle to write the perfect sentence is obviously going to be a failure.  What was Camus doing here?  Was he trying to show that perfection is never to be found, but we should struggle for it in any case?  Hmmm ……

2 thoughts on “The Plague Read-Along Update #2”