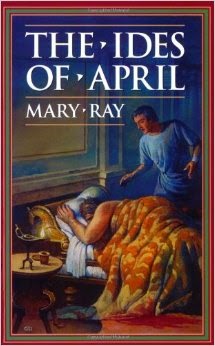 Senator Caius Pomponius Afer is murdered in his bed and the household slaves are taken into custody to face the sentence of death if even one has perpetrated this crime.  Aulus, Pomponius’ valet and the first slave to happen upon his master after the assassination, is suspected, but when he dies in prison, who will prove his innocence?  Yet the slave list has been neglected and so, no one is aware that two of the slaves are missing. Where is Assinius, the Senator’s steward, who had not been seen days before the murder?  And Hylas, the Senator’s Greek secretary is not in the party.

Hylas, as it turns out, escaped detection in the house and is working steadfastly to find out who committed the dastardly deed.  He is certain that it was not one of the servants, but who could have had the opportunity and motive to commit such a vile execution.  Enlisting the help of Pomponius’ son-in-law, Camillus Rufus, the nobleman and slave investigate, and unearth devious plots that could possibly rock the foundations of Rome’s political body and cost them their lives.

Ray included various historical characters in her narrative including Thrasea Paetus, a Senator and former consul, who lived during the times of three Roman emperors, Caligula, Claudius and Nero.  We also have a glimpse of Seneca and Emperor Nero whom Ray portrays in a realistic fashion.

The real life of Publius Clodius Thraea Paetus is particularly compelling. By his actions in the Senate and in public life, he exemplified a man of honour and convictions, often going against the status quo in favour of principles.  Upon Nero’s murder of his own mother and the Senate’s obsequious behaviour towards the Emperor, Paetus walked out of the Senate meeting, refusing to be part of it.  His opposition to Nero continued and eventually his admirable ethics caught up with him.  Nero contrived charges against him, accusing him of neglecting his senatorial duties and he was sentenced to death by his choice.  At his suburban villa, he elected to have the veins in his arms opened and died with serene dignity.

While the mystery aspect of the story suffers from some contrived plot manipulation, this disappointment is balanced by the rich description of Rome and the historical detail painted within the pages of the book.  It’s certainly a story by which any child would be captivated.

An extended summary of the book can be found at my children’s blog, Children’s Classic Book Carousel.

Deal Me In Challenge #8 – Four of Hearts

4 thoughts on “The Ides of April”