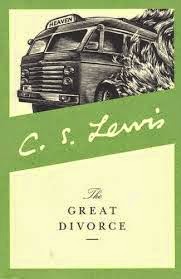 “I seemed to be standing in a busy queue by the side of a long, mean street.”

If you found yourself in Hell and then were offered a chance to leave and spend an eternity in Heaven, you’d jump at it, wouldn’t you? …….. Or would you …….??

The Great Divorce tells of a journey of souls from the grey town, which we soon see represents Hell, to a wide open space of meadows, rivers and mountains.  Yet when the people disembark they are dismayed.  They now appears as Ghosts and all the vegetation is dense and tough in a way that makes movement difficult and, at times, dangerous.  And who are these shining Solid People coming towards them, and what do they want?  Full of joy and laughter, it appears that they only wish for the “Ghosts” to shed their prejudices and grudges and self-absorption and “rights”, to accept help and rescue from their troubles.  ‘Come to the mountain’, they say, yet most are unable to, so firmly have these detrimental traits taken root within them, to the exclusion of anything good.

The Great Divorce is Lewis’ The Divine Comedy.  As Dante is the narrator of The Divine Comedy, so too, the narrator in The Great Divorce is Lewis himself. George MacDonald, the well-known author of The Princess and the Goblin, Phantastes, and At The Back of the North Wind, a man whose writings had a profound affect on Lewis, serves as his Virgil, a guide to bring him understanding of Heaven and similarly, the grey town of Hell.

Yet while analogous in structure, the Hell of The Great Divorce is very different than that of Dante’s Hell.  It is not a world of men trapped in flaming tombs, immersed in rivers of blood and fire, whipped by demons or eaten by foul creatures.  In The Great Divorce, Hell looks surprisingly like Earth, but a corruption of earth, holding only the negative components of greed, envy, self-worship, revenge, jealously, grudges, etc.  The setting mirrors the emotions, being bleak, desolate and lacking any human goodness.  Rain and dingy twilight permeate the town, and a perpetual feeling of hopelessness is ever-present.  Yet while the souls of this dreary place, recognize intellectually what they live in, and practically understand their actions, they have become drowned in them through excuses, trends, weakness of character, reliance on intellect only, and have become blind to their effects.  In life, they allowed their choices and actions to carry them in the wrong direction and now have little desire to escape.  They have chosen Hell and are unable to conceive of anything outside of it.  Similar to the dwarves in the The Last Battle, ignorance has overcome them and they cannot escape it.

Lewis’ presentation of Hell is not only easily understandable, it is quite fascinating.  Lewis’ Hell is not a Hell for people.  Each “person” there, is there of their own choice, and their descent into it has been a gradual process, and not because of one big sin.  Each of their choices has progressively dehumanized them; it is not that they are beyond salvation, rather that there is no shred of humanness left to save.  Lewis also emphasizes the smallness of Hell by having the bus, not actually travel but grow, sprouting from a small crack in the soil to emerge in Heaven.  Hell, to Lewis is a tiny place and anything that lives there is already withered away.

On the other hand, the Bright or Solid People of Heaven did not get there through moral perfection.  One had been a murderer and confessed to doing worse than that, while another was hardly known on Earth but the people and animals that came into her presence were enriched by her love and charity.  And again, we have another echo from The Last Battle, that Heaven is much more real than earth, exemplified by the tough grass, the hard rivers and terrain that the Ghosts experience and would only have a change of perception if they chose to accept the invitation to become more real.

While Lewis states in his preface that this book is an answer to William Blakes’ The Marriage of Heaven and Hell, he makes if very clear that it is not a story that is meant to be taken in a literal sense; like his Narnia Chronicles, it is a supposition.  More, it is a work that explores human biases, perceptions and attitudes that either allow us to or prevent us from getting closer to God. 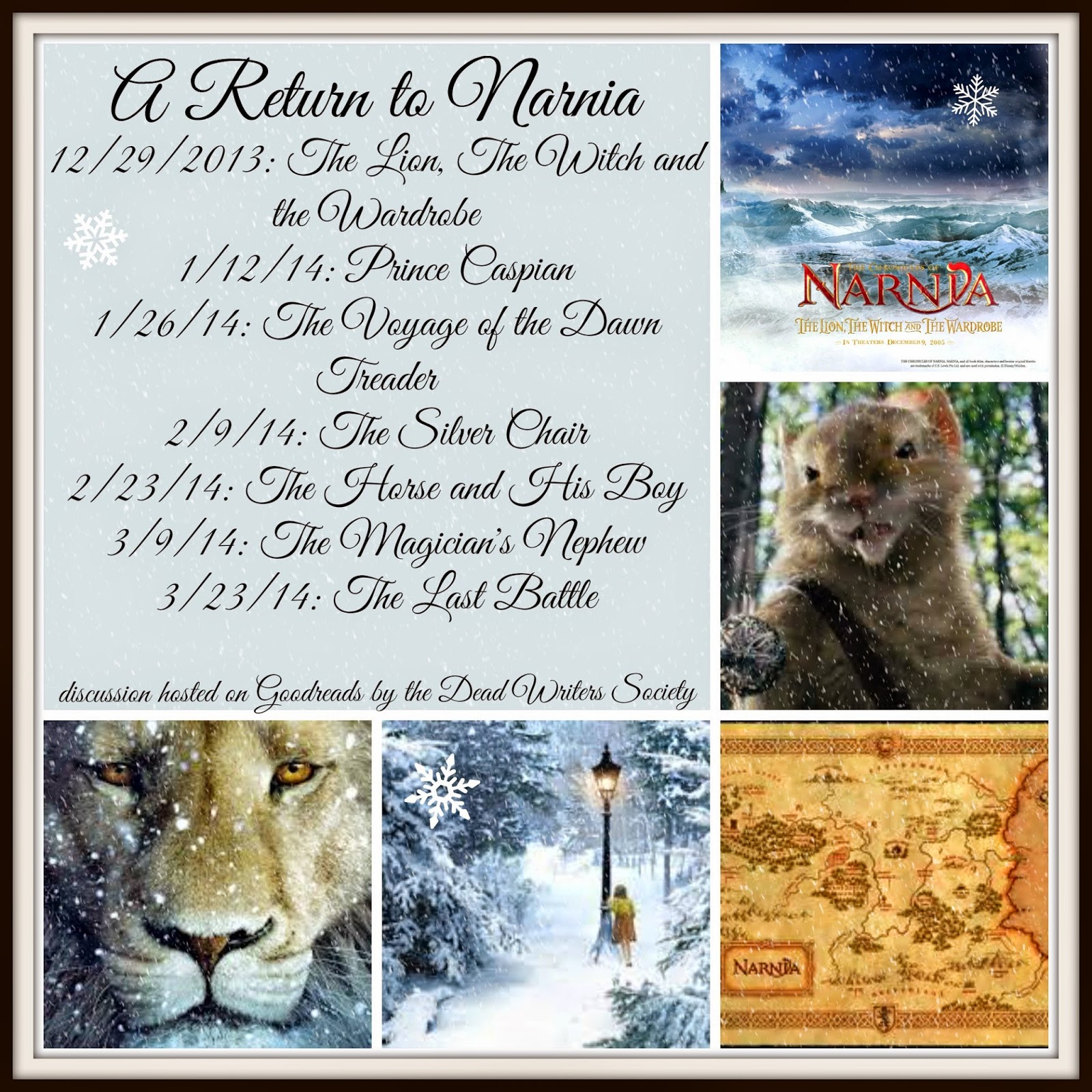 13 thoughts on “The Great Divorce by C.S. Lewis”