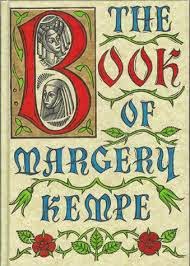 “When this creature was twenty years of age, or somewhat more, she was married to a worshipful burgess [of Lynn] and was with child within a short time, as nature would have it.”

The second book of my Well-Educated Mind Biographies Project took me to the turn of the fifteenth century when the Late Middle Ages was morphing into the Early Renaissance.  Margery Kempe, a married women with 14 children decides that her devotion to God eclipses everything else in her life, and embarks on a mystical journey to get as close as she can to His Love and Grace, and to conform her life to His will.  While the narrative is somewhat disjointed, springing back and forth between different episodes in Margery’s life, the reader must decide:  does Margery have a special relationship with God and are her actions spiritually beneficial, or is she somewhat unbalanced emotionally and do her actions have a negative impact on those around her?

While Margery speaks of her devotion to God and of the special protection and attention he sends her way, a repeated theme runs through this book of her unusually shocking weeping and crying, and how her behaviour alienates the people around her.  In story after story, Margery weeps and wails in loud outbursts, a person or the people get irritated with her and, at the least, want her to stop and, at the most, want her imprisoned.  Margery does show a comprehension that her behaviour sows discord with those around her, and does try to moderate her reactions, but is unable to because of the force of feeling for God in her heart; she simply cannot control her response. 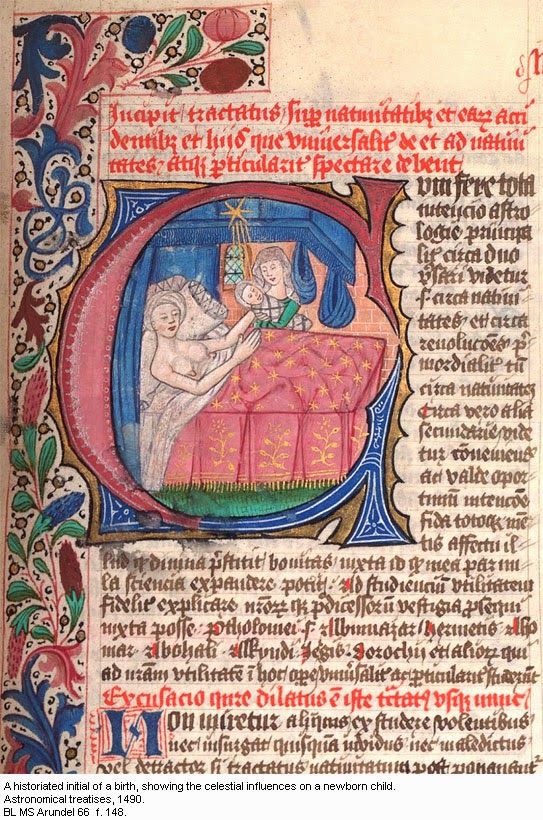 At first, like many people Margery met, her weeping and sobbing drove me crazy.  I think in this book she described every incident that she wailed and moaned, and I was soon in complete sympathy with the people who wanted her either run out of town or put in prison.  Yet about mid-way through the book I began to think ………..  How did Margery conduct herself as a person?  What were her traits and how did she interact with other people whom she met in life?  Yes, her life was completely given to God and he was her primary source of love and care and motivation, but the result of that love was her willingness to help and care for people, her desire to see people saved and experience God’s grace like she had, and, surprisingly, her meek yet powerful words that she used against her accusers. Rarely did she respond in kind to their recriminations, intimidation or threats, but with an honest and sincere demeanour, that often would disarm them.  Did she ever hurt anyone with her behaviour?  No, she was simply annoying and, therefore, was it right to ostracize her, berate her and throw her in prison for being bothersome?

Ultimately I felt that this book said as much about the society around Margery, as Margery herself.  Their intolerance for anyone different than themselves, their impatience at her benign behaviour and their lust for vengeance was quite startling, yet when I compared it to our society today, how different was it really?  Don’t we display the same intolerance, the same prejudice and the same narrow-mindedness as the people of Margery’s time?   Are we exasperated or offended by people with different ideas or bothered when people behave differently than we expect?  I think, if we’re honest, we’d be compelled to answer “yes”. 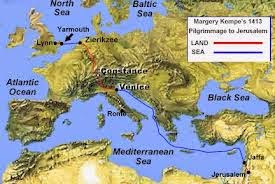 The book also gives fascinating details of medieval life.  While we, as moderns, always tend to think women were oppressed and had no say in how they lived their lives, Margery chose to live apart from her husband, traveled around Europe often in the company of men, and quite forcefully made her own choices about the path her life would take.  Certainly she was occasionally reprimanded by priests or given advice by townspeople that she should behave like a “normal” woman, but the vast majority of people appeared to accept her lifestyle without comment and are much more concerned or annoyed with the quantity of her weeping and emotional distress.

Margery’s amazing perseverance in her beliefs, and her ability to remaining faithful when she is imprisoned, ostracized, mocked and threatened, are what impacted me while reading this biography.  Her lack of anger and her tolerance towards her persecutors is truly heroic.  While I wouldn’t want to be Margery Kempe, and I didn’t agree with all her decisions, I can certainly see traits within her that would be beneficial in my own life, and for that, I have a reluctant admiration for her single-minded faithfulness and unquenchable spirit. 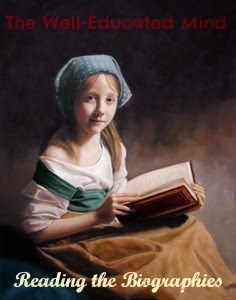 10 thoughts on “The Book of Margery Kempe”