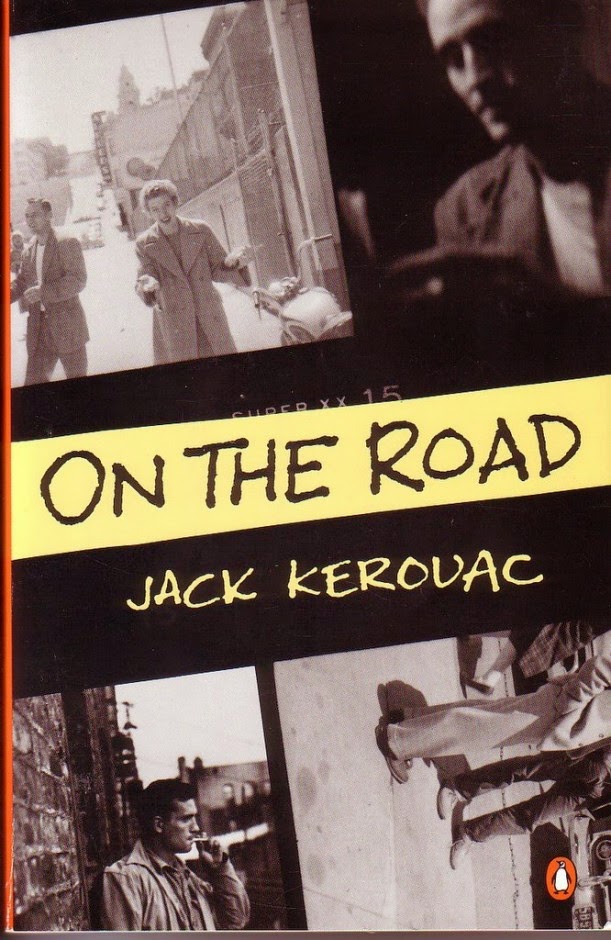 “I first met Dean not long after my wife and I split up.”

Having read Kerouac’s travelogue, The Dharma Bums a couple of years ago, I was really looking forward to this read, as On The Road is considered Kerouac’s finest work.  With great anticipation I picked up the book, began to read, and what did I find ……..???

A Roman a clef, with the characters acting as stand-ins for Kerouac and his buddies and their real life adventures, the novel traces their journeys as they travel back and forth across America between 1947 and 1950.  This Beat Generation, or post-World War II writers, Kerouac, Allen Ginsberg, William Burroughs and Neal Cassady are mostly drunk, high, stoned or looking for sex, throughout most of the novel. The rambling, sparse, uninteresting prose had me nearly catatonic about one-quarter of the way into the book and it was only with a supreme effort of will that I managed to finish.  Brutal.

So what was the difference between The Dharma Bums and On The Road? Why did I love one and hate the other?  Well, with The Dharma Bums, while there was drug use it somehow seemed more innocent and less destructive. The characters sincerely appeared to be grappling with the purpose of life. There was thought and philosophy and even some solid descriptions of the places visited.  On The Road related the meaningless conduct of a bunch of miscreants who had no concern for anyone but themselves, were too stoned to think most of the time, and when they did, it was often complete nonsense. In real life, most of the characters died before their 40th or 50th birthdays from either a drug or alcohol-related death.  Such a sad waste of life, with nothing romantically counter-cultural, or excitingly anti-establishment about it.

One interesting anecdote is that the manuscript for this book was typed on a continuous scroll of one hundred and twenty feet of tracing paper taped together, single-spaced without margins or paragraph breaks.  A quirky writing method from a very experimental author.

8 thoughts on “On The Road by Jack Kerouac”