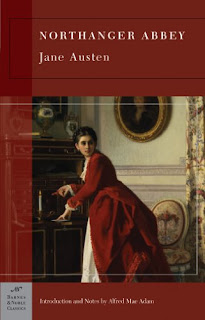 “No one who had ever seen Catherine Morland in her infancy would have supposed her born to be an heroine.”

While Northanger Abbey was the first novel written by Jane Austen and sold to a publisher by her brother, Henry, in fact it was repurchased by the author and not published until six months after her death in December 1817.  Austen’s parody of 17th century Gothic novels is told with a good-natured humour, but a valuable lesson lies beneath the surface of its narrative.

Catherine Morland, the daughter of a vicar, is given the chance to travel to Bath with a respectable family called the Thorpes.  Isabella Thorpe is her particular friend and the two absorb the delights of the town with an eager anticipation.  Yet Catherine’s sheltered upbringing has perhaps made her more artless than your average girl of her age, and her innocent and credulous nature allows for a manipulation of her desires by those with more experience in the arts of enterprise and self-interest.  Her steady diet of Gothic novels, combined with her somewhat protected existence, contribute to her highly erroneous perceptions of the motivations and behaviour of others.  When an answer does not immediately present itself, she speeds off in wild internal ramblings of imagination, that rarely represent reality.  Likewise, when she is faced with obvious circumstances, she fails to perceive them.  Her lack of discernment with regard to John Thorpe’s infatuation of her remains puzzling until her understanding is brought into context.  What experience does this young sheltered girl have to bring her presence of mind and an ability to discern attitudes outside of her usual element of a protected existence and romantic Gothic narratives?  With her uncritical naiveté and wild flights of fancy, initially one wonders if Catherine will be able to navigate through the pitfalls of her own mistaken perceptions to arrive at an outcome that will benefit her innocent, and yet misguided, nature.

In many ways, Northanger Abbey is a comedy, as Austen treats her character with a gentle type of humour. Catherine, while having admirable qualities, is living a delusion, cultivated by her reading material, yet her mistakes are of innocent intent due to ignorance rather than willful human folly. Her awakening, while somewhat arduous, is brief, and she soon demonstrates her innate ability to put into action the values instilled by her family and, with the guidance of the young gentleman clergyman, Henry Tilney, both her instincts and maturity grow, while her wildly unrestrained imagination is harnessed, and diminished into a sensible and mature culmination of happiness and contentment.

While this book doesn’t necessarily showcase Austen’s usual brilliance, it is solidly developed and an engaging story until the last chapter. Then the book falls all to pieces. Somehow Eleanor Tilney, Henry’s sister, makes a brilliant match with a character, “a man of fortune,” who has never been mentioned by anyone, including the bride herself, until four paragraphs from the end of the novel; the General (Henry’s father), who has been somewhat gruff and stringent, yet ofttimes displaying a pleasant character, turns into a mercenary, blustering, (and may I add, foolish) tyrant; and Catherine and Henry’s success in love looks in jeopardy.  Yet all is tied up in a sentence or two, and the reader is left feeling like they just hit a brick wall.  It’s not Austen at her finest, yet the book is a charming experiment and an example of Austen at the origin of her art.

Northanger Abbey has the unique distinction for being known as the novel that alludes to a number of Gothic suspense novels.  If you are a Gothic connoisseur, here is the list for your enjoyment: 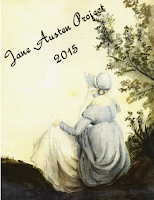