Well, by gum, what happened to checkpoint #1?  I have no idea!  This is perhaps a clue that I have too many challenges to keep track of ….. ???? 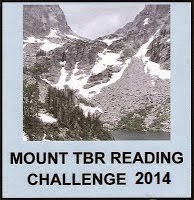 My original goal was Mount Blanc at 24 books, but I have already passed by that peak, and at 42 books it’s good-bye Mount Vancouver, I’m on my way to Mount Ararat (48 books)! I will definitely be able to make it but Mt. Kilamanjaro after that (60 books), is unlikely.  This will be my best TBR challenge to-date.

Bev @ My Reader’s Block would like us to answer some questions, so here goes:

1.  Who has been your favourite character so far?  And tell us why?

Ah, the impossible question!  Or at least impossible to pin-point just one character.  I was intrigued by Eugène Rougon in Son Excellence, Eugène Rougon, for his patience and subtle machinations during France’s Second Empire; I marvelled at Cicero’s lively rhetoric; Oedipus’ mastery of situations, even as a blind man, was stunning, and the loyalty and good sense of Antigone, his daughter,  elicited admiration.   Who could not join Odysseus in his ten-year struggle to reach his son and wife on Ithaka, and be impressed by Margery Kempe who had the courage (or the blind stubborness) to be different in a world that would often ostracize her for it?  While Satan was not a character I would say I enjoyed, per se, his characterization by Milton was one of the best I’ve ever experienced in prose or verse.  But if I would have to pick a favourite, I would choose the Reverend Septimus Harding for his solid, respectable, responsible character, a man who would not compromise his principles for any money or any influence, be it by his collegues or family.  A truly admirable man.

2.  Which book (read so far) has been on your TBR mountain the longest? Was it worth the wait? Or is it possible you should have tackled it back when you first put it on the pile? Or tossed it off the edge without reading it all?

Ah, definitely War and Peace and it was definitely worth the wait.  Now was the perfect time to read it, as I’ve finally been conditioned to view chunksters as simply another book and not as an unscalable mountain.  More importantly, I’d read a couple of other works by Tolstoy and had become used to his style of writing.  This book will definitely be a re-read.

The second book sitting the longest was Paradise Lost.  After I’d finished it my first thought was, “why did I wait so long to read this?!”

3.  Choose 1-4 titles from your stacks and using a word from the title, do an image search.


FATHERS AND SONS
THE SILVER CHAIR
THE ODYSSEY 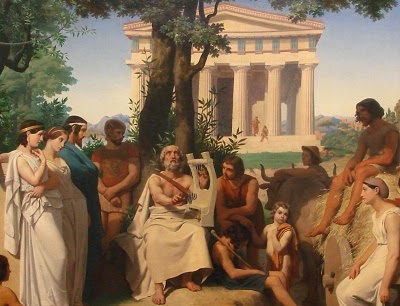 It’s encouraging to have to post updates on challenges that are going well. Now I’m off to read Le Morte d’Arthur for my Arthurian Challenge that is not going well.  Wish me luck!