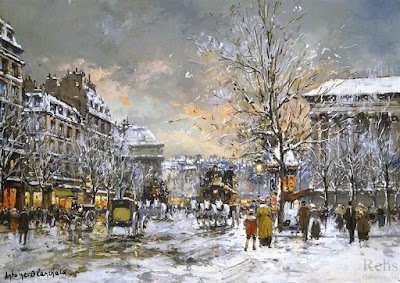 Inspired by O and Cirtnecce’smonthly posts, I’ve decided to try to follow their most excellent examples and join in the monthly fun.  Not only will these posts hopefully focus me on my reads, but also provide a general journal of the year’s happenings.  I truly hope 2017 will be a better year for all.
January not only brings us out of the holidays, but brings me to the realization that not only has the year hardly begun, but I’ve overcommitted myself in my reading commitments once again.  I’m beginning to read the histories with Ruth at A Great Book Study after we finished our Biographies project in 2016, starting with Herodotus’ The Histories; I’m trying to make my way through Anthony Trollope’s The Barset Chronicles— after spending two years on Framley Parsonage, I’ll be starting A Small House at Allington; I’m reading Don Quixote with Bookstooge; Dr Zhivago with a Goodreads group, O’s The Pickwick Papers read-along, and have been invited to be part of a Goodreads project to read through the Church Fathers starting with Clement I.  Add to these reads, yearly challenges: the Back to the Classics Challenge, a Russian Literature Challenge; the Deal Me In Challenge, not to mention my continuing Shakespeare Project, Great Ideas Project, and C.S. Lewis Project and I can be called insane.  Perhaps Don Quixote has affected me more than I wish to admit.

And since January is a month of new beginnings and resolutions, what would I like to see in 2017?  Personally, a more settled world would bring me great joy.  Does that sound ridiculous, like asking for world peace and an end to hunger?  Not really, especially if I see my wish as a journey rather than a destination.  Because really, change begins with people, and it can begin with one person: yourself.  So I’m going to strive to have more patience with what I see as stupidity and instead, try to see each person as someone who is simply at a different stage in their journey and attempt to be a good example.   On a less altruistic level, I would like to continue losing weight. I lost 22 lbs since the end of August and if I could lose another 20+ I would be thrilled; not probably a realistic goal as that might leave me too thin, but if I aim for it, hopefully I’ll meet a happy medium.  I also have plans to take up cross-country skiing!  I’ve always wanted to do kayaking in the summer and cross-country skiing in the winter, and the beautiful area where we live has plenty of opportunities for both.  I began this resolution a little early, last week in fact, and had a wonderfully exciting time, skiing for 4 hours, climbing up and whooshing down hills.  I can’t wait to return to the ski hill.  We’re in the middle of blizzard-like conditions so I don’t think a lack of snow will be a problem this year!


Without dwelling too much on the pessimistic, 2016 really stunk as a year, but I have high hopes that 2017 will bring more peace and contentment even within the sometimes whirlwind that we call life.  Focusing on friends, reading and all the things that I’m thankful for, will hopefully help usher in a new improved year!  Wishing everyone all the best for 2017!