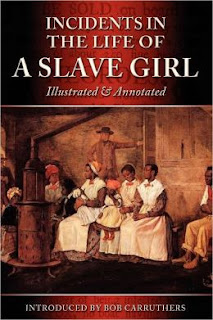 “Northerners know nothing at all about Slavery.  They think it is a perpetual bondage only.  They have no conception of the depth of degradation involved in that word, SLAVERY; if they had, they would never cease their efforts until so horrible a system was overthrown.”

Being Canadian, and unlike my U.S. counterparts, I have little knowledge of the details and intricacies of the history of slavery in the United States, so I was pleased to note that my The Well-Educated Mind Biographies Project has a few books that cover this important, yet disturbing, period.  Incidents in the Life of a Slave Girl is the first book of this ilk on the list.  A book written in the tradition of the slave narrative and the sentimental novel, Jacobs strives to give a voice to the thousands of black men and women, who suffered abuse, injustice and the theft of their true identities under the yoke of slavery.

Jacobs (in the book calling herself Linda Brent), chronicles her story, beginning with her idyllic life within her family who are well-off slaves of a kind owner.  At her mother’s death when Linda is six, she is sent to reside with her mistress who teaches her to read and write, but at the death of her owner, she is sold to the Flint family and her suffering begins.  Dr. Flint is harsh and cruel, developing a desire for Linda, and she is continually tormented by his sexual advances.  Thinking to save herself and her virtue, she begins a relationship with another white man and has two children with him in hopes Dr. Flint will cease his attentions.  Instead he is enraged and sends her and her children to do hard labour on one of his plantations.  The book further relates of her escape, her continuous concern about the fate of her children, seven years of her life in an attic so she is not discovered, and her final journey to the north and a relative freedom, although her expectations of her life there are perhaps somewhat disappointed.

Jacobs tells a touching and unique story from a woman’s point-of-view, highlighting not only all the brutality and abuse the negro people suffered at the hands of some of their masters, but also the degradation to their spirits. Yet although Jacobs shows her people in their suffering, she also is able to emphasis their greatness of spirit:

“Truly, the colored race are the most cheerful and forgiving peole on the face of the earth.  That their masters sleep in safety is owing to their superabundance of heart; and yet they look upon their sufferings with less pity than they would bestow on those of a horse or dog.”

While the book is full of horrid examples, Jacobs also strives to mention the white men and woman she met or observed in her life that showed kindness or compassion, and says of her benefactress, Mrs. Bruce:

“The noble heart!  The brave heart!  The tears are in my eyes while I write of her.  May the God of the helpless reward her for her sympathy with my persecuted people!”

While most of this book is at once both heartbreaking and wonderfully illuminating, there was an aspect of it that bothered me.  Jacobs was very clear and concise, and rightly so, with her denunciation of slavery and its assault on human dignity and the human spirit, but whenever a slave committed something from as small as a lack of good judgement to something as large as a crime, Jacobs excused their actions based on the treatment they had suffered under their masters.  For example, with regard to her decision to enter into a relationship and have children with Mr. Sands, she says:

“I feel that the slave woman ought to not to be judged by the same standards as others.”

“I like a straightforward course, and am always reluctant to resort to subterfuges.  So far as my ways have been crooked, I charge them all upon slavery.”

When she encounters a slave who has stolen money from his dead master, she declares:

“This is a fair specimen of how the moral sense is educated by slavery.  When a man has his wages stolen from him, year after year, and the laws sanction and enforce the theft, how can he be expected to have more regard to honesty than has the man who robs him?  I have become somewhat enlightened, but I confess that I agree with poor, ignorant, much-abused Luke, in thinking he had a right to that money, as a portion of his unpaid wages.”

I don’t disagree with Jacobs’ premise that slavery can drive people to excesses, but I do disagree about excusing wrong behaviour with it.  Because someone has committed a wrong against you, does that give one the right to return the same in kind?  Couldn’t this startling reasoning be as dangerous as the reasoning employed to bring the black people into slavery?  It reminded me of Aleksandr Solzhenitsyn’s words, words from a man who had been both a commander and a persecuted soul, effectively both a master and a slave, and who finally learned that: “If only it were all so simple!  If only there were evil people somewhere insidiously committing evil deeds and it were necessary only to separate them from the rest of us and destroy them.  But the line dividing good and evils cuts through the heart of every human being.  And who is willing to destroy a piece of his own heart?”  The seeds that began slavery and other atrocities are within us all, it’s important that man or woman, slave or free, persecuted or persecutor, that we are all aware of that piece and the danger it can do to ourselves and others.

In any case, it was a blemish on an otherwise excellent narrative.  Jacobs hatred of slavery in all its forms shows through as well as her overwhelming love and understanding for her fellow man. 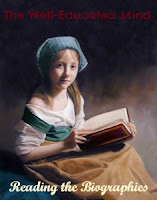