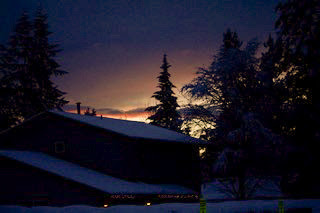 My new resolution for 2017 is to attempt to journal monthly updates and I almost forgot, only remembering yesterday that it was the last day of the month!  Yikes!

January came and went rather quickly, like a strong breeze coming in one window and whooshing out the other.  Earlier in the month we had unusually cold temperatures for a long time, sometimes dipping to -10 C (14 F) but usually hovering around -3 C (26 F). The lower temperatures were WAAAY too cold and I didn’t want to go out in them, but around -3 C was quite nice.  A huge pond south of us froze so we ended up skating for quite a few days. 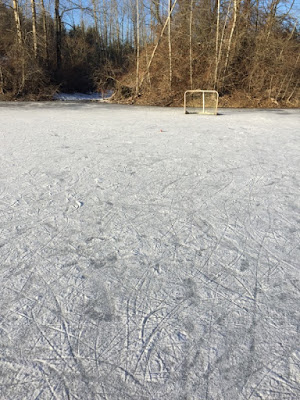 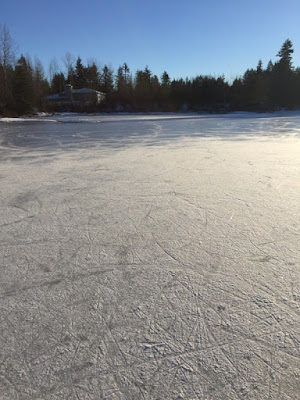 We met old and new friends there and it was so much fun!  We skated endlessly, even played some hockey and I didn’t fall once!  I love being outside and could happily spend most of my time there with the co-operation of the weather!  We’ve had a few warmer days in the latter part of the month, one day making it up to 10 C (50 F) but overall it has remained quite cold. 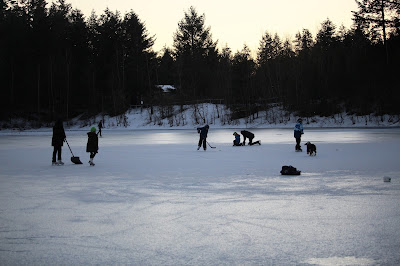 As for books read for January, I finished an embarrassing few, completing The Comedy of Errors, and a children’s classic, The Tanglewoods’ Secret. Lame, I know, and my only excuse is that I have many things going on to divert me from reading, an overloaded brain from trying to deal with them all and ……. oh yes, I have a number of other reads I’m trying to juggle at the same time, such as, Don Quixote, Dr. Zhivago, The Pickwick Papers, The Faerie Queene (good luck, me!), my Great Ideas Project, etc.  On a positive note, I began Herodotus’ The Histories and I am on track with my Deal Me In Challenge, drawing 2 essays (Vulgarity and Politics and the English Language), 1 children’s classic (The Tanglewoods’ Secret) and 2 short stories (Le Horla and The Little Woman).

February is probably not going to be a successful month as far as volume goes.  I’m continuing with The Histories and hope to finish it up —- however, I’ll be sad when I do because I’ve fallen in love with Herodotus —- but since I’ve only completed Book III and have five to go, I suspect this read will spill into March.  I would like to join a group on Goodreads while they read The Charterhouse of Parma by Stendahl, but it will depend on how my on-going reads are progressing. Another sleeper is A Small House at Allington by Anthony Trollope —– will I ever get to this one soon? Sigh!  So, as you see, my year has begun slowly and in a somewhat disorganized fashion.  It gives me a feeling of trepidation because usually the year begins well for me and I fall off as it goes along.  If this muddle is my start, what will the rest of the year look like?  **** tremble ****  In any case, I’m going to plug along and enjoy my journeys with Herodotus!

As for other treats for the month, I’m hoping to get in at least one day of cross-country skiing and I’d like to start to get out more and do some biking, if the weather improves. Perhaps I shouldn’t hold my breath, as they are predicting snow for this weekend.  As much as I’ve enjoyed the colder temperatures a whiff of spring would be a nice change. February is usually considered a blue type of month here, but I hope for pleasanter days and sunnier skies, both literally and personally.