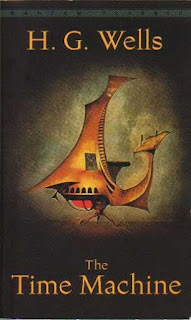 “The Time Traveller (for so it will be convenient to speak of him) was expounding a recondite matter to us.”

I read this book for the Classics Club Spin #11.  Was it my spin book?  No, it was Mockingbirds, Looking Glasses, and Prejudices spin book but I decided to read along with her.  Why?  Well, her book was much shorter than my Spin book, and I couldn’t imagine getting through God in the Dock in the allotted time frame.  Yes, I’m breaking the rules, but it’s on my Classics Club list, AND at least I read something!

The unidentified Time Traveller has built a machine that he believes will transport him through time.  After he explains to his dinner guests the concept of his invention, he puts it into practice, returning the next week to regal them with the fantastic details of his adventure.

Having sent himself to 802,701 A.D., he encounters a race called the Eloi, a diminutive race that behaves in the manner of small, wide-eyed children, even though they are of adult growth.  They live an uncomplicated life of leisure, simply eating and resting, and having no initiative or curiosity to speak of. Expecting some sort of greatly evolved being living in the future, the Time Traveller experiences disappointment and puzzlement at their almost backward evolution, wondering how their lackadaisical way of life is supported. But the Traveller’s perplexity turns to dread as his machine mysteriously disappears.  Pursing the theft using reason and action, he eventually discovers another race, living in the depths of the earth; the Morlocks, hideous, pale, savage, troglodyte-like creatures who are in possession of his time machine. Unlike the Eloi land dwellers, these cavernous people exhibit an industry and an ability to reason, but in a primitive way that is only based on their survival. The Traveller discovers that they are providing the means for the Eloi’s rather vacuous paradisical existence using underground tools and machinery, yet they are also the predators of their parasitical neighbours, catching them for food during the night.  Eventually, he concocts a plan to retrieve his machine, his only link with human society, his only means of returning to a civilized world.

Trained as a biologist, Wells developed an interest in Darwinism, and the significance of evolution is apparent in this work.  The Eloi and the Morlocks, descendents of the human race, are presented as two species that have evolved on completely different tracks, separated by social oppression and elitism.  The Traveller observes:

“Again, the exclusive tendency of richer people —- due, no doubt, to the increasing refinement of their education, and the widening gulf between them and the rude violence of the poor —- is already leading to the closing, in their interest, of considerable portions of the surface of the land ……..  And this same widening gulf — which is due to the length and expense of the higher educational process and the increased facilities for and temptations towards refined habits on the part of the rich —- will make that exchange between class and class, that promotion by intermarriage which at present retards the splitting of our species along line of social stratification, less and less frequent. So, in the end, above ground you must have the Haves, pursuing pleasure and comfort and beauty, and below ground the Have-nots, the Workers getting continually adapted to the conditions of their labour ….”

The Traveller had expected unprecedented progress, but instead found a degeneration on each side, of intelligence, empathy, mercy, discipline, respect, etc., in fact most qualities which make us human. 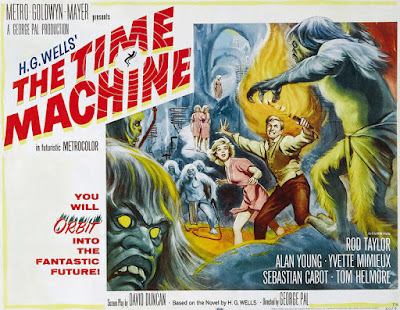 Wells, a commited socialist, was extrapolating some of the problems faced in his own time, such as the widening gulf between the rich and the poor, and hatred or disdain along the same class lines.  But instead of the poor simply being oppressed by the rich, Wells takes it a step further; the rich, in their mindless indulgence, become the prey.  Wells intended to communicate not only these innate problems in society but the lack of success of the solutions that communism and utopian socialism offered for the betterment of society. It’s a very bleak picture of the future.

C.S. Lewis loved Wells’ fiction as a boy, but as he matured and his tastes became more discerning, he began to see cracks in their veneer.  While he praised Wells for his original thought, and his desire to tackle the bigger questions, he found the works “thin” and “lacking the roughness and density of life.”  I’m by no means a Wells expert, but so far I’d agree with that assessment.  The book’s plot is entertaining but rather simple, lacking any subtleties or true character development.  His characters often work on an elementary level, to illustrate the questions, but without being imbued with a life of their own.  The questions themselves, while compelling, are treated quite swiftly, with the narrator often chronicling the issues instead of the reader becoming intimate with the characters and absorbing dilemma through their actions.  While the pace might be useful for a movie, it doesn’t really give the reader time to process, so the ideas thump around in our heads a little but there is no true contemplating of them that leads to a greater understanding, or development that leads to possible solutions.

Ruth from A Great Book Study was also reading The Time Machine at the same time as Cirtnecce and I, so I’m including both of their insightful reviews below. 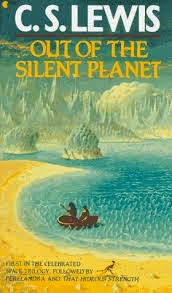 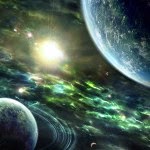