Well, it looks like summer has finally arrived.  We’ve had temperatures close to 30C (90F) some days, however the temperature has also dipped into the teens, so it’s still somewhat unsettled and colder than normal.

END_OF_DOCUMENT_TOKEN_TO_BE_REPLACED

Ugh!  I don’t know how else to say it.  Most of April was rain and not just regular rain, but capricious rain.  It would pour and then stop, sprinkle a little and then stop, be sunny for not very long and then stop, because mother nature must know how torturous it is to have fleeing views of that warm golden orb before it is snatched away and the rain continues.  I do realize that we live in a rain forest, but seriously, it can become ridiculous!  Fortunately the last week has seen less rain and more fleeing glimpses of the orb so I’m going have a positive outlook for May.  Work with me, okay …… 😉

END_OF_DOCUMENT_TOKEN_TO_BE_REPLACED

Well, perhaps I’m exaggerating.  I have seen crocuses pressing out of the soil, and the tiny promise of buds on some of the bare trees, but we certainly have seen little sunshine to herald the coming of this spring month.  Today it’s rainy heavily and rather grey, but nevertheless, this last month brought some new experiences and new adventures!

END_OF_DOCUMENT_TOKEN_TO_BE_REPLACED 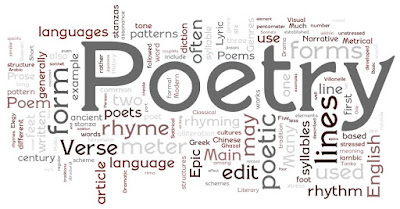 For April Poetry Month, I’ve been hunting for a poem, a haiku that I wrote when I was fifteen to post here as a personal poetry selection.  Well, so far I’ve had no luck finding it, but while searching I found a poem written by my daughter, modelled on the epic, Beowulf, so I thought I would post it instead.  She wrote it in grade 5.

An Anglo Saxon Riddle
What lives in the cool, clear whale-road
That scuttles, catching slippery sea creatures.
What do the Lords and Ladies of Spain eat
On their full-loaded tea-table.
Although hindered for lack of four feet,
This marvelous Master of the swan-road
Is a wonderful and agile athlete,
With quickness of the heath-stepper
And back like an aged tortoise-house
When the barnacled-prows enter onto
The glassy-dark water and catch this
Magnificent creature, it’s life soon ends
On a platter with a melted-milk churned bath
Of salty cream, and he thinks of his life
In the cool, clear, whale-road.
WHO AM I: ?

Since trying to follow the Anglo Saxon meter (which goes by stress-count [stressed syllables] rather than syllable count, which would be two main stresses in each half of a line) was beyond her at that time, instead she focussed on alliteration and kennings.

Kennings create expressive imagery, using compound words and phrases that identify nouns.  They are often colourful to generate evocative images in the mind of the reader. Because of their usual quality, kennings help the listener/reader to remember important happenings or people and also were used to avoid superfluous repetition, making the poem more developed and creative.

And as to the answer to the riddle, you can find it in the following paintings: