As Lily takes up her duties with Mrs. Hatch, a divorcee (was this fact the cause of Selden’s peculiar wrath in the last chapter?), she is once again ensconced in luxury and ease to her immediate pleasure.  She has been engaged to help Mrs. Hatch rise in society, however she finds her employer somewhat odd:

END_OF_DOCUMENT_TOKEN_TO_BE_REPLACED

Lily returns to New York only to find that her aunt Peniston has died.  During the reading of the will, Lily is expected to inherit her aunt’s fortune but Mrs. Peniston has been displeased with Lily’s European travels and perhaps with her behaviour as a whole and has left the bulk of her money to Grace Stepney, giving Lily only ten thousand dollars.  The shock is again born with a resignation by Lily.

END_OF_DOCUMENT_TOKEN_TO_BE_REPLACED

Lily awakes the next morning still exhausted but with a clearer view of her circumstances.  Gus Trenor would need to be repaid the nine thousand dollars he has given her and she feels a tired weariness at her predicament.  “She was realizing for the first time that a woman’s dignity may cost more to keep up than her carriage; and that the maintenance of a moral attribute should be dependent on dollars and cents, made the world appear a more sordid place than she had conceived it.”

END_OF_DOCUMENT_TOKEN_TO_BE_REPLACED

Lily is rather bored at her aunt’s place but is resisting the invitations to Bellomont because of Gus Trenor’s over-familiarity with her.  In a shop, she encounters Gertie Farish, and when Miss Farish tells of the needs of a charitable organization which she supports, in a outpouring of philanthropy, Lily contributes to her cause which gives her a new sensation:

END_OF_DOCUMENT_TOKEN_TO_BE_REPLACED

Oh goodness, sorry everyone!  While I was initially ahead, now I’m running a bit behind with housing renos gone wrong, and time spent helping friends who are having some health problems.  I’m planning to catch right up this weekend!  Okay, here is week two:

END_OF_DOCUMENT_TOKEN_TO_BE_REPLACED

Are you ready?  Have you been reading? The House of Mirth Read-along begins!

END_OF_DOCUMENT_TOKEN_TO_BE_REPLACED

Well, true to my promise, I’m going ahead with The House of Mirth Read-Along which will run from November 1 – December 15th.  I’m giving everyone a little extra time for the read, hoping that: 1) it will give me a gentler transition from The Art of Loving Read-Along and allow me more time to create my posts and; 2) spread the read-along out for participants so they can fit some Christmas books into the mix.  I hope it works.

END_OF_DOCUMENT_TOKEN_TO_BE_REPLACED

The Age of Innocence: “On a January evening of the early seventies, Christine Nilsson was singing in Faust at the Academy of Music in New York.”

It’s 1870s New York, the Gilded Age of America, where substantial economic growth has bred a culture of wealth, class and entitlement.  There are certain ways you behave and certain ways you don’t.  The approval of the masses govern your actions and if you fall out of step, the resulting repercussions could be fatal to your social standing.  However as opulent as the “gild” may appear, gilding is often used to mask flaws, and Wharton, in this Pulitzer Prize novel, examines the cracks and blemishes of New York society underneath the glamour.

The Age of Innocence (1785 or 1788) Joshua Reynolds source Wikipedia

Newland Archer is a young man who is firmly entrenched in the Gilded Age, the dictums of New York society inscribed in his soul with the expectations of the generation preceding his firmly entrenched in his behaviour.  Then enters Madame Olenska. Ellen Olenska is the cousin of his betrothed, May Welland.  While May is simple and uncomplicated, sort of a clear mirror of the society in which they move, Ellen is foreign and complex and holds an attraction for Newland that draws him outside of his societal shell, allowing him a new perspective on life. Suddenly the world he saw as sensible and practical now receives a critical appraisal from him as it appears small-minded, predictable and stifling.  As his attraction for Ellen grows, so does his dissatisfaction.  There is a possible turning point, but the break never materializes as Newland and May wed, beginning their married life.  Yet Ellen appears in their lives yet again and the uncomfortable unknown is always whispering around us: will Archer satisfy his longing and run away with Ellen or will old society New York curb his emotions and steer him on a more dutiful course?

END_OF_DOCUMENT_TOKEN_TO_BE_REPLACED 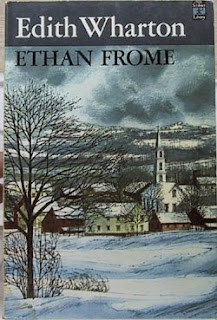 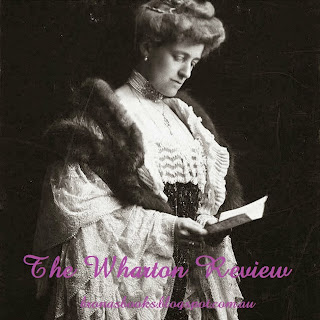