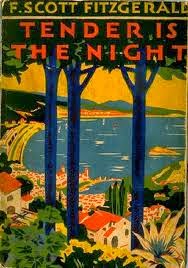 “On the pleasant shore of the French Riviera, about half way between Marseilles and the Italian border, stands a large, proud, rose-coloured hotel.”

Early this year I read The Great Gatsby with, I’ll admit, some trepidation, since I’d read it in high school pretty much hated it. But my second exposure was much more pleasant and, if not my favourite book, I could definitely appreciate certain aspects of its structure, and especially Fitzgerald’s descriptive power.  So when my Goodreads group decided to read Tender is the Night, I was in with only minor hesitation.

END_OF_DOCUMENT_TOKEN_TO_BE_REPLACED

“In my younger and more vulnerable years my father gave me some advice that I’ve been turning over in my mind ever since.”

Decadence, adultery, narcissism, vast wealth, idealistic love, betrayal, death, revenge, murder; a vast array of scope for a novel, and Fitzgerald delivers an impacting tale in The Great Gatsby.  Nick Carraway, a young man from the Midwest, begins to form a relationship with his neighbour, the wealthy Jay Gatsby and eventually learns of Gatsby’s connection to his cousin, Daisy.  Daisy, who is married to Tom Buchanan, while casually enduring her husband’s adulterous relationships, has led a very vapid and frivilous life amongst the society scene of the 1920s.  When Gatsby reappears in her life, their rekindled romance sets off a series of tragic events, the repercussions reverberating through the lives of all the characters.

Gatsby, the created man; Gatsby, the idealist, a man who is love with an image that formed five years earlier, and that he has nurtured through time.  Did I understand his infatuation with Daisy?  No, but I sympathized with it.  He had grown up isolated, broke relations with his parents reasonably early on and had no one in his life to set a good example that he could draw from.  Daisy was perhaps the only person whom he had loved, and so he loved her passionately, unrealistically and terminally.  And he realized, that he would need money to keep her love.  When Nick Carraway says to him, “She’s [Daisy’s] got an indiscreet voice …. It’s full of —-“, Gatsby answers, “Her voice is full of money.”  Even though he knows what she is like, and has known from the beginning, is he desperately trying to hold on to his fantasy of her —- this illusion of perfection — because he has nothing else?  Gatsby fails to examine any of the decisions he makes in his life ……… perhaps he truly believes that money can buy him happiness and cannot see the superficiality of the life and people with whom he surrounds himself.  His life is built on illusion and throughout the novel we hear the faint ticking of the bomb that will shatter his misperceptions.

As for Nick Carraway, I felt uncomfortable with him as the narrator.  He went to unusual lengths at the beginning of the novel to establish his credibility with the reader, and if his observations are to be believed, he was the only one in the novel with any compassion, discernment or standards.  While the society he moves in is portrayed in a harsh, decadent, unforgiving light, he is the angel that hovers above it, the star that shines through it.  He is the only one who cares for Gatsby, the only one with a moral compass.  I had a difficult time buying into his golden-boy image.

The tragedy of this novel is a wasted life.  In spite of the grandeur, in spite of his fame and money, Gatsby left no real lasting effect on anyone, other than perhaps Nick Carraway.  He buried himself behind a persona, only emerging to be drawn towards the flame of Daisy and then perishing, as his wings brushed the heat of her consuming light.

“So we beat on, boats against the current, borne back ceaselessly into the past.”