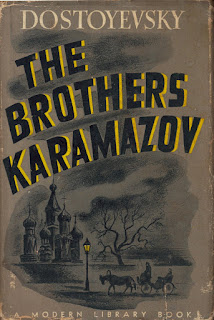 “Alexey Fyodorovich Karamazov was the third son of Fyodor Pavlovich Karamazov, a landowner of our district, who became notorious in his own day (and is still remembered among us) because of his tragic and mysterious death, which occurred exactly thirteen years ago and which I shall relate in its proper place.”

What a marvellously mysterious first sentence which brings all sorts of questions to mind.  Why was the Karamazov father only remembered because of his horrific death?  What else did he do in life?  Why has the narrator waited thirteen years to tell the story?  And why does it need to be told in its “proper place”?

END_OF_DOCUMENT_TOKEN_TO_BE_REPLACED 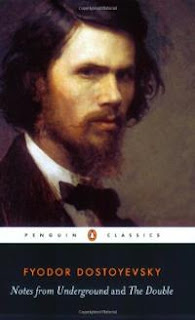 Notes from The Underground is the third book in my unannounced and (spur of the moment) Turgenev/ Chernyshevsky/ Dostoyevsky challenge.  After reading Turgenev’s novel Fathers and Sons, Nikolai Chernyshevsky wrote in response to it, his then politically persuasive novel, What Is To Be Done? , and in response to Chernyshevsky, Dostoyevsky wrote his powerful Notes from the Underground.  I assumed that it would be an interesting literary, political and philosophical conversation.

Dostoyevsky begins this book with a monologue from a retired 40-year-old civil servant, living in St. Petersburg.  He is our man from the Underground.  His ramblings appear to be disjointed, sometimes silly and then, disturbingly insightful.  But in this novel, is anything as it really appears?

” ….. doesn’t there, in fact, exist something that is dearer to almost every man than his own very best interests, or — not to violate logic — some best good …. which is more important and higher than any other good, and for the sake of which man is prepared if necessary to go against all the laws, against, that is, reason, honour, peace and quiet, prosperity — in short against all those fine and advantageous things — only to attain that primary, best good, which is dearer to him than all else? ….. to justify his logic he is prepared to distort the truth intentionally.”

The Underground Man argues that perhaps science is not the highest good. The behaviour of man under the laws of nature and of reason does not confirm them; man has a perplexing innate inclination to destroy his own happiness and well-being.  One may argue that man needs to be brought into order, to conform to demands that will improve his life.   But what if man does not want that, and further, what makes one think that this is even good for man?

“Even if we assume it as a rule of logic, it may not be a law for all mankind at all …… And why are you so firmly and triumphantly certain that only what is normal and positive —- in short, only well-being —- is good?  After all, perhaps prosperity isn’t the only thing that pleases mankind, perhaps he is just as attracted to suffering.  Perhaps suffering is just as good for him as prosperity.”

Using historical examples, the Underground Man strengthens his argument. Man is beyond nature, and beyond reality; he is infinitely more complex than science, and therefore beyond the ability of science to completely understand him.

With his Underground Man, Dostoyevsky is attempting to shatter the philosophy seen in Nikolai Chernyshevsky’s, What is To Be Done?, a novel that promoted a type of monistic materialism brought about through a rational egoism: if only one used reason to discern the higher purpose of man, working through enlightened self-interest the perfect society would be created. Chernyshevsky’s dogmatic ideology excluded the possibility of “free will”, labelling it as a mistaken perception of what was simply a causal process. However Dostoyevsky, from his years in a prison camp, had continually witnessed the innate human desire to express individual free will, often to the person’s own detriment, and with his Underground Man, he strove to prove the ridiculousness of Chernyshevsky’s philosophy:

“all the beautiful systems, these theories of explaining his best interests to man ……. are nothing but sophistry.  Isn’t there something that is dearer to almost every man than his own very best interests, some best good which is more important and higher than any other good, and for the sake of which man is prepared, if necessary, to go against all the laws — that is against reason, honour, peace and quiet, prosperity — only to attain that primary, best good, which is dearer to him than all else?”

The second part of the novel, entitled “Falling Sleet”, tells of the experiences of the Undergound Man.  First, he is disrespected by an officer on the street who will not give way to him and the Underground Man plots a revenge of deliberately bumping into him.  The narrative then moves to the Underground Man’s presence at a party for old school mates and his contentious behaviour towards them, as he feels the strength his inadequacies in their presence. Finally, he falls into a type of relationship with a sympathetic prostitute named Liza.  In the Underground Man’s interactions with the outside world, the reader sees a man struggling to use his faculties to assimilate himself into the situations around him, and failing in his attempts. Dostoyevsky created a character who believed in Chernyshevsky’s ideals, but demonstrated through his actions, his inability to live up to them.

And so finishes my “trilogy” of conversation between these three authors.  I have been educated not only historically, but politically and philosophically, and encourage anyone who wants to read any of these books, to read the three in sequence.  With Chernyshevsky and Dostoyevsky particularly, you can sense the antagonism within their writing, yet their passion for their ideologies are very effective and make for enlightening reading.

Trilogy:
My Review of Fathers and Sons by Ivan Turgenev
My Review of What is To Be Done? – Nikolai Chernyshevsky
My Review of Notes From The Underground – Fyodor Dostoyevsky
Further Reading:
Dostoyevsky: The Mantle of the Prophet by Joseph Frank 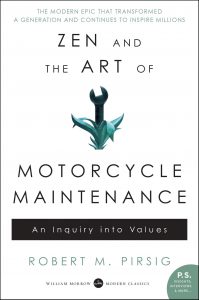 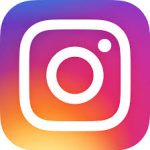 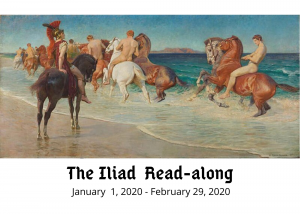 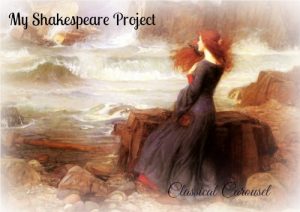 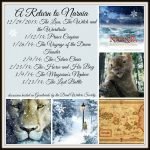 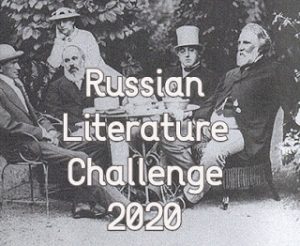