Another Christmas season and it’s time to pull out my Everyman’s Pocket Classics with 20 Christmas stories, each written by a well-known classic author.  This year we start with Anton Chekhov’s short story Vanka. which is the sixth story in the compilation and one that will pull at your heartstrings.  So let’s meet Vanka …

END_OF_DOCUMENT_TOKEN_TO_BE_REPLACED 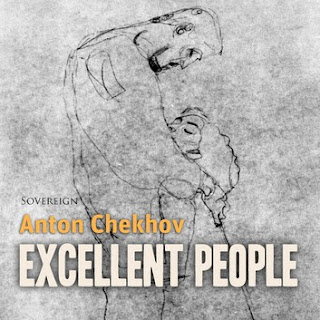 “Once upon a time there lived in Moscow a man called Vladimir Semyonitch Liadovsky.”

Wow, Chekhov was in fine form with this short story!  A narrator relates a story of a literary man trained at law, Vladimir Semyonitch Liadovsky, and his sister, Vera Semyonovna, a listless woman who has been disappointed in life.  At the start of the story, Vladimir has compassion and love for his sister, who had her new husband die, survived a suicide attempt, and now is living with him, quietly revering his talents.

END_OF_DOCUMENT_TOKEN_TO_BE_REPLACED 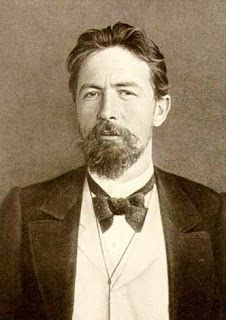 I’m trying to get back on track with my Deal-Me-In Challenge, and I finally drew the first short story of the year, The Runaway by Anton Chekhov.

After a long journey, young Pashka and his mother wait at the hospital to see the doctor. Pashka has a boil on his elbow, but the mother has waited too long and the doctor scolds her, declaring that the wound is infected and the boy may lose his arm.  A stay is required, about which Pashka is not thrilled but he is lured by the doctor’s promises of seeing a live fox and eating sugar-candy.  After a sumptuous dinner of soup, roast beef and bread, the boy awaits the doctor to honour his commitment but when he doesn’t come, he explores the wards, finally returning to his own where he hears the patient, Mikhailo, coughing and wheezing.  When he wakes late in the night, he finds three people at the dead Mikhailo’s bed, yet when they leave, the old man’s chest wheezes again.  Terrified, Pashka screams for his mother, leaps out of bed and tears through the wards and into the yard, intending to run home but a graveyard looms ahead, and Pashka is intensely relieve to spot the kind doctor through a window in a building.  When he burst inside the doctor’s words echo:  “You’re a donkey, Pashka!  Now aren’t you a donkey?  You ought to be whipped ….”


Well, what to make of that?  There is the danger of infection, the tension of being separated from his mother, the doctor’s promises that manipulate (for good or ill, who knows) yet come to nought, the wards of sick people and the boy’s terror, perhaps at hearing a dead man who appears to still live.  It’s curious, especially since Pashka’s condition appears serious, yet the reader never has a whisper as to its outcome.  Chekhov himself spent most of his life in the medical profession, so one wonders if he is also exploring the psychological methods physicians might use on their patients.  Through the boy’s eyes the doctor is “kind” but is he really?  The boy has a serious medical condition yet no one seems to be rushing him to surgery, and the doctor has promised many delights for Pashka and is delivering none of them.  What is behind Chekhov’s tale?  Is it a simple tale or a story with a deeper meaning?

Deal Me In Challenge #11 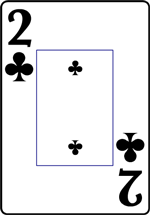 This short story is my fourth read for my Deal Me In Challenge 2015.

What happened to Narcissus when he looked at his own reflection in the pool? This beautiful hunter from Boeotia fell in love with himself, and in fact was so deeply infatuated, in his self-obsession he fell into the pool and drowned.  Not a very fitting end for one with so much promise.

In Chekhov’s story we meet the Princess, a lovely young woman who arrives at an isolated monastery for a night’s stay.  She is so thrilled to be there, gushing effusively about the setting and the priests and brothers who have received her.  She wants to forget her life in the city and the monastery and its occupants give her the tools to do so.  But the reader soon realizes that her arrival, instead of being a moment of interest and delight, is instead looked upon with discomfort and even dread by the good brothers of the monastery, and one feels that the Princess, in spite of her outward joie-de-vivre and vivacious personality, is only noticing the benefits that she gets from her visit, without concern for anything or anyone around her.

Soon she meets Mikhail Ivanovitch there, a doctor whom she’d earlier employed in her service, but instead of a warm reception for her, the doctor’s replies drip icicles.  Our poor, puzzled Princess cannot understand ….. why the reserve, especially when she condoles with him upon the death of his wife, an event that is certainly sad, but of course, life must go on.  When she mentions the mistakes she’s made in life and the doctor agrees, she begs him to enlighten her.  Perhaps she should have been more careful in what she asked for.  Directly he begins to catalogue her offenses, taking her to task for her lack of sympathy, her greed, her complete disdain for the feelings of others ………. in fact, the whole system of life that she has built around her is false and cruel, breeding those traits, and choking out any love or caring.  She has replaced God with herself, and therefore is no longer able to understand the creation in which she lives.

Oh!  The Princess is hurt, she is distraught, she is devasted!  That cruel, uneducated, ill-bred man!  How could he speak so to her, to HER, a princess?!  She must use her only defence against these horrid accusations, and so she begins to cry.  The doctor is immediately contrite and leaves her.  When they meet the next day, the princess is once again herself, gay and blithe as she prepares to leave, expecting everyone to admire and entertain her even as she promises to come again soon.  The unpleasantness of the day before is blotted from memory as once more she strives to be the centre of the world.

In spite of the inclination to laugh at the princess’ stupidity and complete self-absorption, this story is quite a tragic one.  Her character is certainly one of a narcissist, and anything that exists around her, merely exists for her alone.  She is devoid of the character traits that make one truly human and, therefore, is not much better than a beast.

On November 15, 1888, Chekhov wrote to his publisher, stating that he was writing a story about a “vile woman”.  Three days later Chekhov wrote, “I want to write protest stories this season ——  I must learn the knack, but it bores me because I’m not used to it,” which makes one wonder if the doctor’s social protest was supposed to be the hub of the story.  In any case, both character’s roles offered a ripe opportunity for social and psychological examination.  This was an excellent story that certainly makes me want to read more of Chekhov’s works.