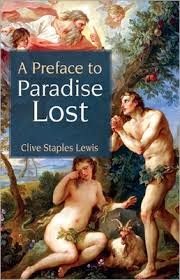 C.S. Lewis does it again.  Not only does he supply enlightening commentary to accompany a reading of Paradise Lost, but he touches on a number of other books and subjects, conveying fascinating information in an extremely accessible narrative.

A Preface to Paradise Lost is a compilation of Lewis’ Ballard Matthews Lectures, which he gave in 1941 to students at the University College of Northern Wales. Lewis’ expertise was Medieval and Renaissance literature, and while reading this book, it is apparent that he is in his element, as he covers not only Paradise Lost but also gives the reader an introduction to the genre of epic and insights into how to read it.

Lewis’ initial chapters — more than one-third of the book — cover epic poetry, both primary and secondary, and he provides numerous examples contrasting the two, from The Odyssey, The Iliad, Beowulf, The Aeneid and, of course, Paradise Lost, to further the readers’ understanding.  Next, in a lecture titled, The Unchanging Human Heart, he deals with how to read a poem (or book), which is perhaps my favourite lecture of all.  How do we deal with the gulf between our era and the author’s?  Do we read only for what is relevant to us, or do we attempt to engage with the author?  Lewis deals with both approaches:

I held this theory myself for many years, but I have now abandoned it.  I continue, of course, to admit that if you remove from people the things that make them different, what is left must be the same, and that the Human Heart will certainly appear as Unchanging if you ignore its changes ……. [thus] our whole study of the poem will then become a battle between us and the author in which we are trying to twist his work into a shape he never gave it, to make him use the loud pedal where he really used the soft, to force into false prominence what he took in his stride, and to slur over what he actually threw into prominence ……….. I do not say that even on these terms we shall not get some value out of our reading; but we must not imagine that we are appreciating the works the old writers actually wrote ……

Fortunately, there is a better way.  Instead of stripping the knight of his armour you can try to put his armour on yourself ………. I would much rather know what I should feel like if I adopted the beliefs of Lucretius than how Lucretius would have felt if he had never entertained them.  The possible Lucretius in myself interests me more than the possible C.S. Lewis in Lucretius ……

To enjoy our full humanity we ought, so far as is possible, to contain within us potentially at all times, and on occasion to actualize, all the modes of feeling and thinking through which man has passed …….. Only thus will you be able to judge the work ‘in the same spirit that its author writ’ and to avoid chimerical criticism.  It is better to study the changes in which the being of the Human Heart largely consists than to amuse ourselves with fictions about its immutability ……….”

Finally Lewis delves into Paradise Lost, but instead of summarizing the chapters, Lewis concentrates on expounding on particular characters and certain themes.  He explores the poem’s theology, hierarchy, Satan, Satan’s followers, the angels, Adam and Eve, unfilled sexuality, and the Fall. Addressing some of the controversies over the poem, Lewis deals with the difficulties with his typical logical summations and a sprinkling of dry wit.  And while mostly praising Milton’s achievement, he does not hesitate to point out perceived flaws in the work, and while doing so, gives the reader a more profound comprehension of the challenges of Milton’s task.

While amazingly thorough, Lewis’ writing is simple, clear and understandable.  His lectures encourage the reader to read critically, and his explanation of Milton’s worldview is not only helpful, but necessary, to gain a good understanding of the poem.  While being very readable, this guide is the definitive “go-to” book for tackling Paradise Lost for readers who want to go in-depth with their study.

4 thoughts on “A Preface to Paradise Lost by C.S. Lewis”