With my first Classics Club list complete, it’s time for another.  This time it was easy, as I used unfinished books from my first one.  So without further ado, here is my second Classics Club List with 50 books to read from November 30, 2018 to November 29, 2023!

END_OF_DOCUMENT_TOKEN_TO_BE_REPLACED

“As I write, highly civilised human beings are flying overhead, trying to kill me”

As we can tell from the first line, Orwell wrote England Your England during the conflict of World War II yet the essay turns out not to be about the war but about something very dear to Orwell’s heart: the British people.

Orwell states that the people in the planes trying to kill him must be very much like the British people; but patriotism and national loyalty trumps all, a fact that Hitler and Mussonlini were able to grasp.  Differences between nations are based on differences in outlook and the English are highly differentiated, distinctive and recognizable from their country terrain, to their visual appearance, to their manners.  Yet while these attributes can vary substantially from area to area, the English have a common national identity.  How is that possible among so many differences?  Orwell investigates.

END_OF_DOCUMENT_TOKEN_TO_BE_REPLACED 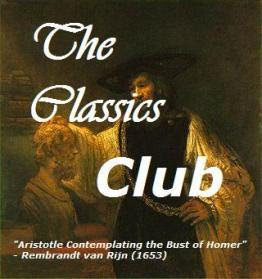 November 18, 2018 has come and gone and I can’t believe that my five year anniversary date with the Classics Club has come around so quickly!  It seems like only a year or so ago I was compiling my list and wondering how I was going to read so many books.  So how did I do with it?  Well, here’s what I accomplished ….

First of all, I went completely overboard and instead of choosing the recommended 50 books, I chose 170 books!  Eh, not particularly my most wise decision, especially considering the content of some of them. Needless to say, I didn’t finish my list but, on a brighter note I did manage to read 66 of them, which is better than 50.  I also had a few of them (The Histories, Paradise Lost, Metamorphoses, Hamlet and History of the Peloponnesian War come quickly to mind) where I posted by chapter/book/act, so that was a big task in itself and expanded my reading time.  I’ve also started Bleak House, City of God, Crime and Punishment and Dead Souls from my original list, I just didn’t finish in time. 🙁

So here is my first Classics Club list, which I will call complete!

Where do I go from here …..??  I’m going to condense my original list to 66 and roll many of the ones I didn’t read into my second list.  Which I’m going to keep to 50.  See!  I do learn by experience!!  Stayed tuned for the second list which I’ll post soon! 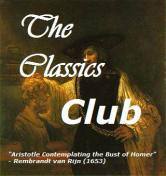 Autumn!  Autumn!  How I love Autumn!  And we had a great one in the Pacific Northwest.  Sunny skies every day and warm temperatures.  I had lots of fun being outside, going for walks and simply enjoying the changes of the season.  Even though the rains came in November, October was absolutely gorgeous!!

END_OF_DOCUMENT_TOKEN_TO_BE_REPLACED

While we have a genealogical continuity between Noah and Abram, Abram’s family did not worship God and were in fact polytheistic, residing in the city of Ur.  God appeared to Abram and commanded him to leave his country for a new land.  God’s encounter with Abram was unexpected and now signifies a personal relationship with man. Initially, He instructs Abram and offers him blessings for his obedience, and a convenant between the two is later established.